Can Garage Door Openers Be Hacked?

Can Garage Door Openers Be Hacked? 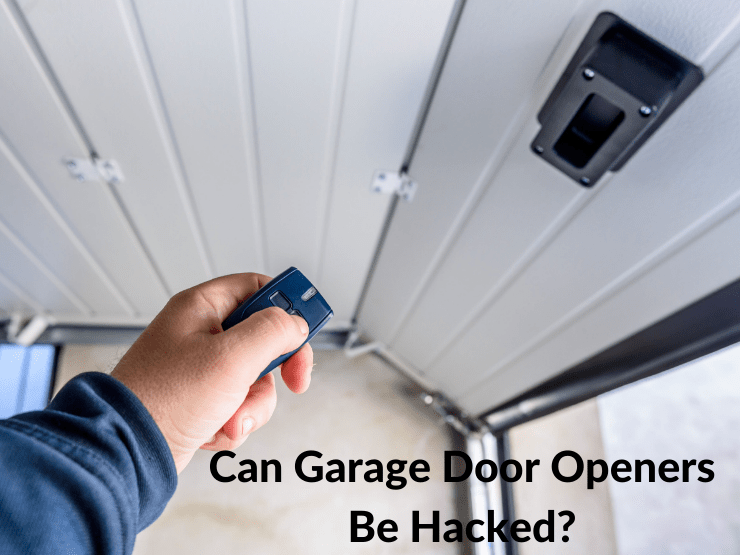 For a long period, you thought that the garage door opener was the best thing that happened to your garage door. Until you realize that it operates by a rolling code technology that is easy to hack.

Like all other tech gadgets, your garage door opener can be hacked! All it needs is a tech-savvy burglar who is adept at garage door hacking.

Earlier, traditional garage door opener models used fixed code which was relatively easy to crack. Now, openers work on rolling codes which keep changing the code every few seconds. Even then, expert burglars hack the opener via the WiFi network. How do they do this? Can we prevent a garage door hack in any way? It is worth having a look at.

Types of garage door openers and their security features

In a fixed code opener, the garage door remote uses a fixed code to generate a Radio Frequency or RF signal and transmits it to the receiver.  So, your receiver is programmed to operate using a fixed code and opens only when it receives a radio signal for that code. Anyone who figures out what this code is can open your garage door.

Usually, garage door openers operate in a frequency range of 300-400 MHz Since there is no restriction for anyone to use these common frequencies, all a thief has to do is to capture the code while the opener is in use, and try it again. To do this, he uses a device called the code grabber.

As you can see above, it is fairly easy to hack such a fixed code opener. This is why a garage door security expert will never recommend using this type of garage door opener.

Using a Code grabber to hack the fixed code opener

A code grabber is a device that a burglar uses to record the radio signal of the garage door opener code you normally use. The thief conceals the grabber near your door and retrieves it later to use it. All he needs is to press the button to transmit the recorded code signal to open the door.

The same method is used to record the access code of vehicles during car thefts. Luckily, newer opener models have upgraded their technology to prevent such code attacks.

Many of us think an opener with a rolling code is safe from replay attacks.  Yet, they are not immune from attacks by hackers.

Potential hackers have found a devious way to crack such hopping codes using a device called roll jam. when you press your remote button for the first time, the roll jam blocks it and saves the code. Now, when you press the button again, the door opens. By now, the first code has been stored in the roll jam by this method of jamming and can be used later to open the door.

Preventing a roll jam attack on an automatic opener

The only way to prevent a roll jam attack is to enforce a code expiration measure for your opener. The opener should be programmed such that the code generated expires in 2 seconds. This security measure is effective because the roll jam can store the code only when the code is active for an extended period. If this attack time is very less, the roll jam will not be able to store the code.

Now you know that garage door openers can be hacked, be wise and engage some professional garage door repair experts from Thrifty Garage Door Repair to increase the level of security for your garage.

Call 604-901-7676 if you suspect any problem, the Vancouver garage door repair experts are just a call away.

« 3 Reasons To Upgrade Your Garage Door